The Effects of Aspirin on Colon Cancer and on Prostate Cancer

By Ms. Elana Meer (Princeton University) | CERI Research Team
More details of this article can be found in our JSCR - November 2014 Issue 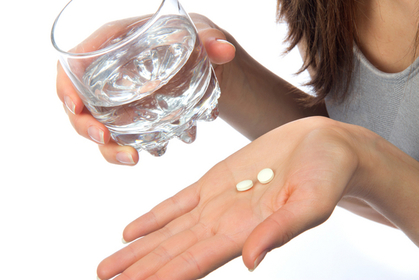 Aspirin and Inflammation
As research continues to progress, Aspirin is becoming an increasingly promising method of supplemental treatment of certain cancers. Aspirin may reduce probabilities of cancer growth and recurrence through its effect on inflammation. By inhibiting the activity of COX-1 and COX-2 enzymes, important in maintaining the inflammatory immune response to tissue injury or infection, Aspirin works to reduce inflammation and its potentially dangerous downstream effects. Inflammation is an important part of the body’s immune response to fight foreign disease-causing agents, to heal damaged tissue, and to clear up infection.  Prolonged inflammation, however, increases speed of cell division and growth, which leads to a greater probability of DNA mutations, and the release of damaging reactive oxygen species (ROS) into the blood stream and surrounding tissues. Therefore, ways to reduce inflammation may correlate with reduced risk of cancer growth and recurrence. 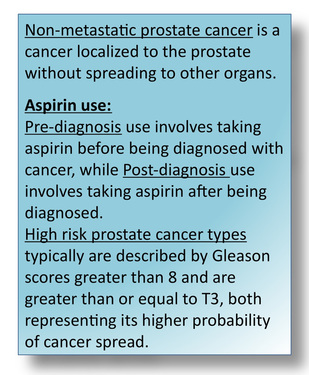 Aspirin and Colon Cancer
Aspirin may have an effect on certain subtypes of colorectal, or colon cancers, such as on those patients with a mutated PIK3CA strain tumor, while it may have no effect on the non-mutated strain of colorectal cancer. The PI3K, phosphatidylinositol 3-kinase, signaling pathways are involved in the growth of cancerous cells of colorectal cancer. Mutations in this area can then desensitize the colorectal region to the anti-epidermal growth factor receptor monoclonal antibodies, which are the most successful treatment options for colorectal cancer. Similarly, mutations in the PI3K may increase PTGS2 activity, which may also inhibit apoptosis of colorectal and therefore increase the probability of cancerous growths. Aspirin works by inhibiting PTGS2 activity, thereby retriggering apoptosis. Aspirin was shown to be effective at reducing cancerous growths in the colorectal region even at low doses. In a recent study of 35,535 patients in 6 different randomized trials, the aspirin use had substantial effects at reducing the metastatic colorectal cancers and lowering the risk of death associated with them. In addition, after removing a primary tumor through surgery, Aspirin was shown to reduce the risk of colorectal cancers “overexpressing” the enzyme COX-2, and therefore decreasing the probability of cancerous mutations arising from inflammatory responses. Overall, through stimulating mechanisms for apoptosis and reducing the inflammatory response generated by COX-2 enzymes, Aspirin may prove to be an important treatment option for colorectal cancers. However, it is important to note that this study only specified Aspirin’s positive effect on a particular strain of colorectal cancer, mutant PIK3CA. Although they do need to be expanded to a wider range of patients, with more diverse and extensive trials, these studies do provide exciting evidence for aspirin’s beneficial effect on colorectal cancers. 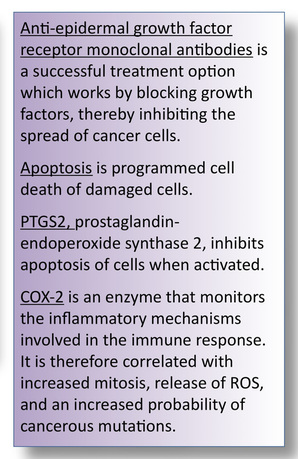 If you think taking aspirin as a preventative measure might be appropriate, schedule a conversation with your doctor.