On Friday, February 13, the Food and Drug Administration (FDA) of the United States, released a press announcement stating that the drug Lenvima had been authorized for use in treating Differentiated Thyroid Cancer (DTC). This novel drug works by blocking tumor angiogenesis, meaning that it works to cut off the blood supply that is providing nourishment for tumors. Lenvima is a drug that utilizes the differences between normal cells and cancerous cells; it achieves selectivity by targeting proteins that are expressed in tumors at significantly higher levels than in normal cells. 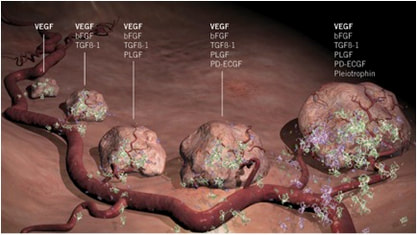 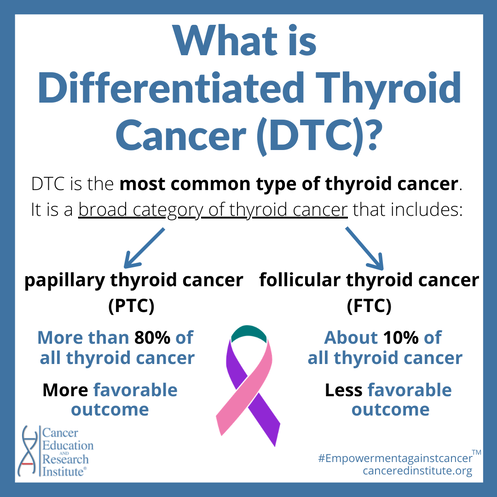 A new treatment for DTC
On February 13, 2015, it was announced by the Food and Drug Administration (FDA) of the United States that Lenvima (also known by its chemical name, levatinib) was approved for treating refractory (cancer not responding to treatment) differentiated thyroid cancer. How does Lenvima work? Lenvima targets growth factors produced by tumors at high levels, allowing for tumors to shrink in size. Two major growth factors that are blocked by Lenvima include the vascular endothelial growth factor receptor (VEGFR) and the fibroblast growth factor receptor (FGFR). What do VEGFR and FGFR mean and how do they function?

VEGFR: This type of protein is overproduced in certain cancers, notably, in differentiated thyroid cancers. The main function of VEGFR is to initiate formation of blood vessels (also called angiogenesis). Cancerous cells are in need of these blood vessels; with the establishment of these vessels that are connected to the tumor, cancer cells are able to receive the nourishment from blood that they need to sustain growth. Since VEGFR is overwhelmingly expressed by cancer cells, blocking its function is considered to be a good approach to effectively cutting off blood supply to the tumor, with minimal side effects to non-cancerous cells that are not expressing high levels of VEGFR.

FGFR: Like VEGFRs, FGFRs allow for blood vessel formation. Additional functions of FGFR include the healing of wounds, cell growth, and cell differentiation (the process of cell specialization in to other types of cells). Altogether, it appears that cancer cells can utilize FGFR to their advantage. Inhibition of FGFR, as is achieved by Lenvima, can halt cancer growth.

How effective is Lenvima?
How do researchers know that Lenvima is effective in treating DTC? In experiments using tumors in mice as a proxy for human cancer, researchers found that, in mice treated with lenvatinib (the anti-tumor, key component of the marketed drug Lenvima) the percent of angiogenesis (blood vessel formation) observed surrounding the tumor was reduced to approximately 40% of the level of that observed when lenvatinib was not administered. Further, tumor volume was shown to decrease as doses of lenvatinib were increased, demonstrating that Lenvima has the ability to shrink tumors. Analysis was performed to assess the likelihood that lenvatinib would be able to treat specific subclasses of cancer; considering factors such as the extent of vasculature (the number of blood vessels/the size of a blood vessel network) and microvessel density (the number of blood vessels per area), it was determined that thyroid cancer patients would benefit from this drug. Overall, thyroid cancer is a good candidate to target with Lenvima, because of its overall high dependence on blood vessel connections to sustain itself.

What are the risks of taking Lenvima?
As with many other drugs used for cancer, Lenvima is not without side effects. Elevated blood pressure, diarrhea, and pain in muscles and joints have been reported as common side effects when taking Lenvima. Patients should talk to their doctors about the costs and benefits of taking Lenvima; for many patients whose cancers are not responding to treatment, it may be more beneficial for the patient to accept the risk of side effects and take Lenvima.