CYRAMZA® (ramucirumab)
Eli Lilly and Company’s CYRAMZA® (ramucirumab), a drug designed to treat metastatic colorectal cancer, was approved by the Food and Drug Administration (FDA) of the United States on April 24, 2015 [1]. Ramucirumab is administered to patients who have previously taken bevacizumab, oxaliplatin, and fluoropyrimidine-based treatment(s) and have not demonstrated halted progression of metastasis [1]. Metastasis is the spread of cancerous cells from the original local site, at which a tumor originates to distant sites in the body [2]. 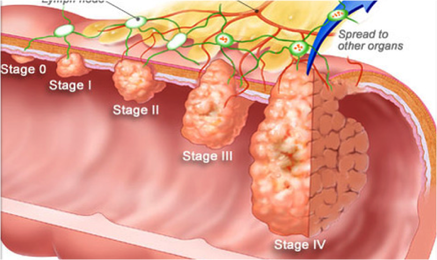 Figure 1. The progression of colorectal cancer As colorectal cancer advances to the metastatic stage, tumor cells are able to escape from the colon and colonize other areas of the body, often leaving the colon via blood vessels. Ramucirumab is a novel drug that inhibits blood vessel formation, depriving tumors of the nutrients they require for growth.
What is Ramucirumab?
Ramucirumab is a member of an emerging class of cancer drugs in which antibodies—proteins of the immune system that bind with high specificity to particular molecules [3]—are employed to engulf proteins associated with cancer progression, signaling their destruction [4]. Research has shown that metastatic colorectal cancers often overexpress, in comparison to healthy cells, a protein called the vascular endothelial growth factor (VEGF)5. VEGF stimulates growth of blood vessels; tumors overexpressing VEGF, as a result, are nourished by blood and can grow, and ultimately metastasize [5]. Ramucirumab is an antibody of a structural class labeled IgG (Immunoglobulin G) that specifically binds to a portion of a VEGF receptor (a receiving molecule located on the surface of the cell) [6] called VEGF receptor 2 [7]. The VEGF receptor 2, which normally initiates the cascade of actions leading to the sprouting—called angiogenesis—of new blood vessels, cannot operate when bound by the anti-VEGF IgG antibody (known as ramucirumab) [8]. Ramucirumab is designed to reduce angiogenesis in metastatic colorectal cancer patients, thereby shrinking the size of tumors and slowing metastasis [7]. Ultimately, existing tumors are deprived of nutrients from the blood, and should be less likely to grow and metastasize upon treatment with ramucirumab [7]. 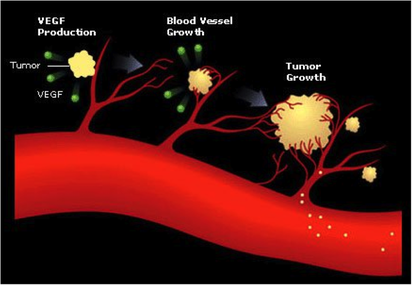 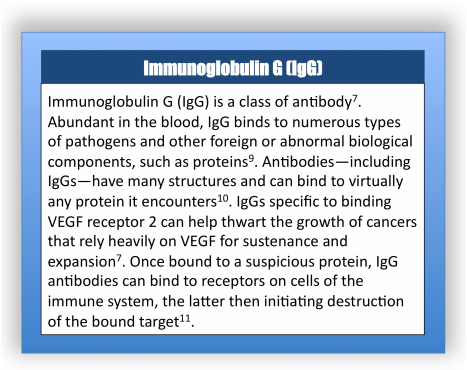 What are some side effects of ramucirumab?
Patients who participated in clinical trials reported side effects including hypertension, diarrhea, fatigue, and neutropenia after being administered ramucirumab, with 11%, 11%, 12% and 3% of patients having these symptoms, respectively [7].